Why Finance Minister is Right On Stamp Duty Controversy In The Finance Bill: Rotimi Ogunwuyi 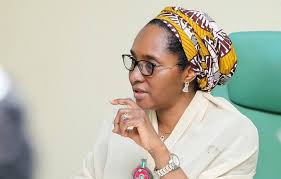 The Minister of Finance, Budget and National Planning, Zainab Ahmed is right that the Federal Inland Revenue Service (FIRS) would be in charge of sales and collection of stamp duties.

The Minister while addressing the Press in Abuja said “by the passage of the Finance Bill, it will be the Federal Inland Revenue Service that will be collecting the stamp duties; it is a revenue for the government”. What is stamp duty? It is a tax that is levied in financial transaction and documents.

That is taxes paid to Federal or State government on documents (also known as instruments for the purpose of the stamp duties Act).

The payment of stamp duties is backed up by legislation that is stamped duties Act 1939 (as amended by numerous Acts and various resolutions and contained in vol. 22 cap 411 LFN 1990) which also provides a list of documents in its schedule and the duty payable on each of them.

Being a documentary tax levied on instruments, the Federal Inland Revenue Services (FIRS) is empowered to administer the tax and collect revenue for the federal government. Section 4(1) of the Stamp Duties Act 2004 (as amended) specifically states that “stamp duty on all instruments executed by corporate persons or in which one of the party is a corporate person should be collected by Federal government”.

While looking at section 110 – 117 of the Stamp Duties Act, it is only the FIRS that can initiate a proceeding for the recovery of any duty imposed by the Act, fines, and penalties arising from failure to pay or rent duties. This position was further elucidated in the Federal High Court Suit No. FHC/ABJ/CS/869/2015, Nigerian Bottling Company Ltd (NBC) vs NIPOST were Honourable Justice G.O Kolawole presiding held the activities of the Nigerian Postal Service(NIPOST) in seeking to enforce the provision of the Stamp Duties Act to be illegal.

NIPOST had authorized several agents including the one it was sued with to enforce the provision of the Stamp Duties Act by compelling businesses including NBC to purchase and affix NIPOST’s ₦50 adhesive stamps on the receipt issued by the businesses. The court applied the decision of Court of Appeal in CA/L/437A/2017, Standard Chartered Bank Nigeria Limited vs Kasmal International Services Ltd & 22 ors in arriving at its decision. The Stamp Duties Act is a tax legislation which has nothing to do with NIPOST.

The National Assembly will be doing a great disservice to the constitution of Nigeria which they swore to uphold if the stamp duties Act is ceded to NIPOST on the Financial Bill.

Any Act arrogating mandate of stamp duties to NIPOST is a contravention of Section163 of the 1999 constitution (as amended) which the court will at the end of its passage declared unconstitutional. Section 163 of 1999 constitution (as amended) provides; where under an Act of the National Assembly, tax or duty is imposed in respect of any of the matters specified in items D of Part 11 of the Second Schedule to this constitution the net proceeds of such tax or duty shall be distributed among the States on the basis of derivation and accordingly:-

A. Where such tax or duty is collected by the Government of a State or other authority of the state, the net proceeds shall be treated as part of the Consolidated Revenue Fund of the State;

The implication of this is that the constitution need to be amended first and the process of amending the constitution is cumbersome that means when it is passed by National Assembly 2 /3 majority of the state assembly must approve it. Further implication if such amendment succeeds, the revenue of state government from stamp duty goes into extinction thereby reducing what goes to the state from the Federation Account.

This process in the finance bill 2019 on stamp duty is akin to taking one step forward and five steps backwards. What NIPOST collect is revenue and cannot share it among states while collection by FIRS will be shared in accordance with Section 163 of the constitution of the Federal Republic of Nigeria (as amended). Any Act ceding stamp duty to NIPOST will cause a constitutional crisis.

What is the performance of NIPOST in collecting the stamp duties as claimed before the House of Representative Committee on Public Account, NIPOST states it collected the sum of ₦43,364 Billion as stamp duties from February 2016 – 9th November 2019 but could not provide a record of what was collected from 2004 – 2015.

There is no wonder they see stamp duties as goodies to share among the top echelon of NIPOST. If the National Assembly despite the public outcry passed the bill, the President is urged not to sign it into law because the whole affair is a “chop chop” mentality as one would be constrained to ask which postage stamp they are selling in Electronic Stamp Duty.
Barr Rotimi Ogunwuyi Can be Reached through- boluwatifechambers@yahoo.com.uk