The National Assembly had passed the N10.59 trillion budget on December 5. 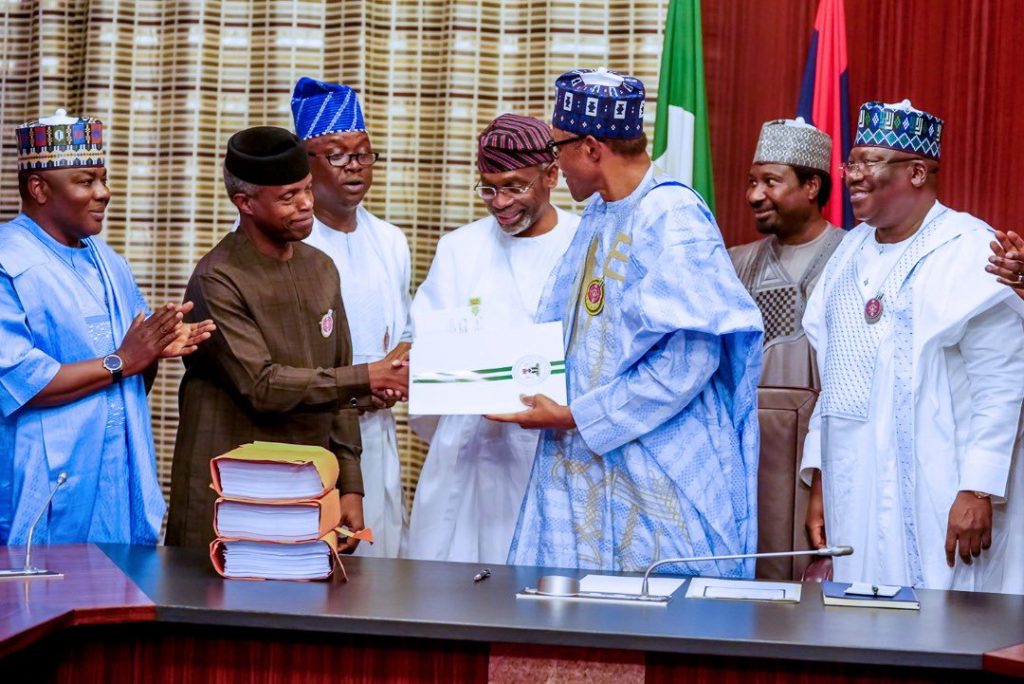 The budget was increased from N10.33 trillion to N10.594billion by the National Assembly. 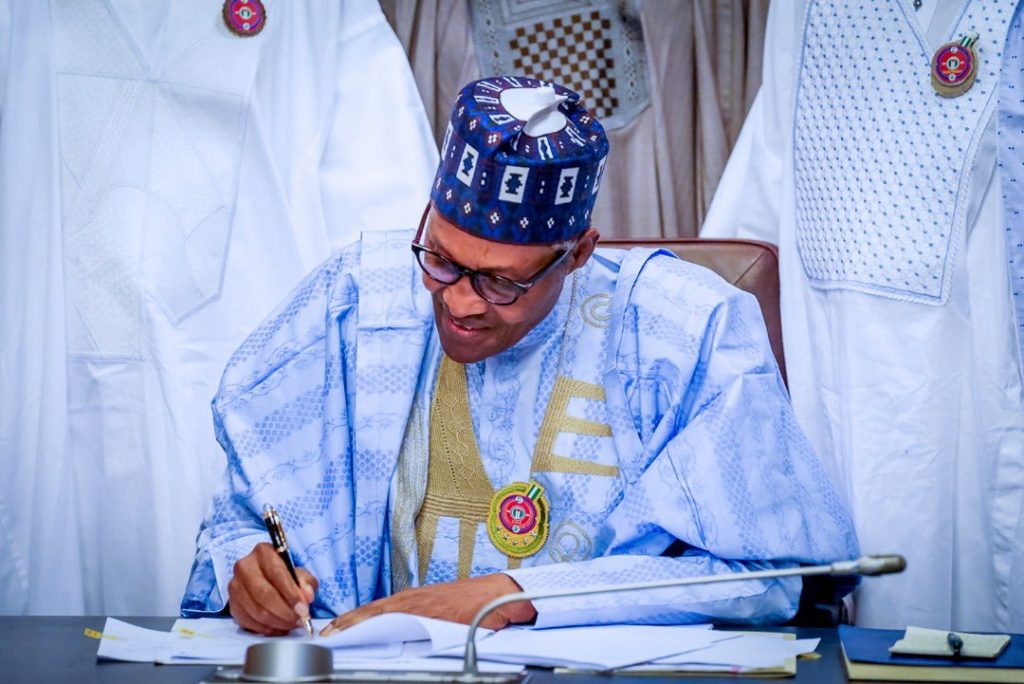 Other breakdown of the budget include N4,842,974,600,640 for Recurrent Expenditure; Capital expenditure – N2,465,418,006,955; Fiscal Deficit – N2.28 trillion and Deficit/GDP N1.52 per cent.
The budget as passed by the National Assembly also maintained Nigeria’s daily oil production rate at 2.18 million per barrel but increased the Oil Benchmark Price to $57 per barrel against the 55 dollars proposed by the Executive 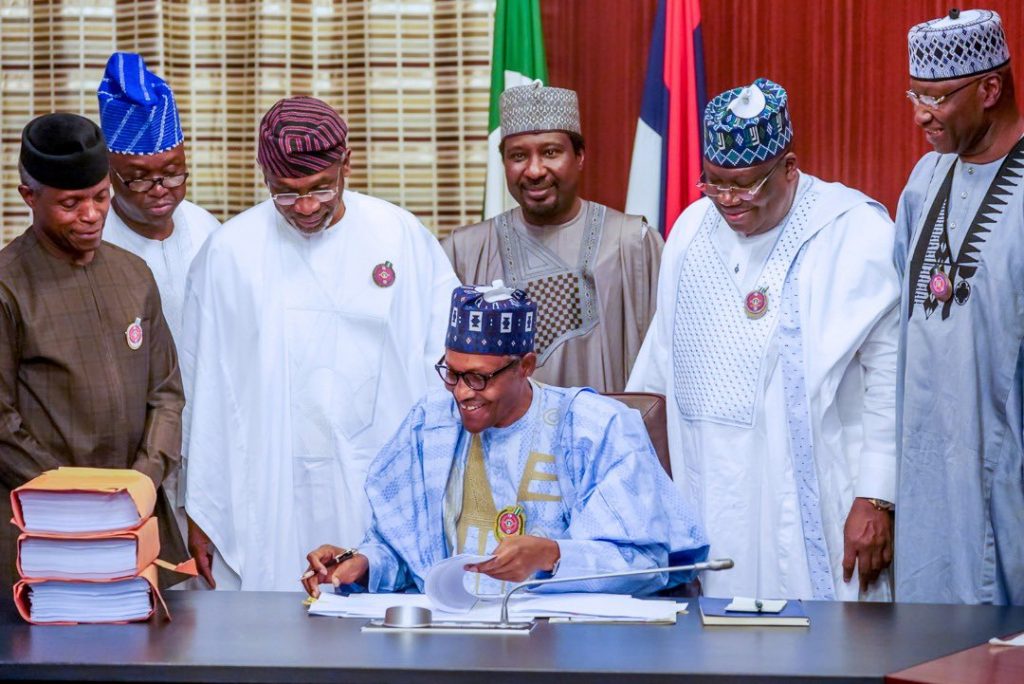 The signed 2020 budget also retained the inflation rate at 10.81 per cent and the exchange rate at N305 to a dollar as proposed by the executive. 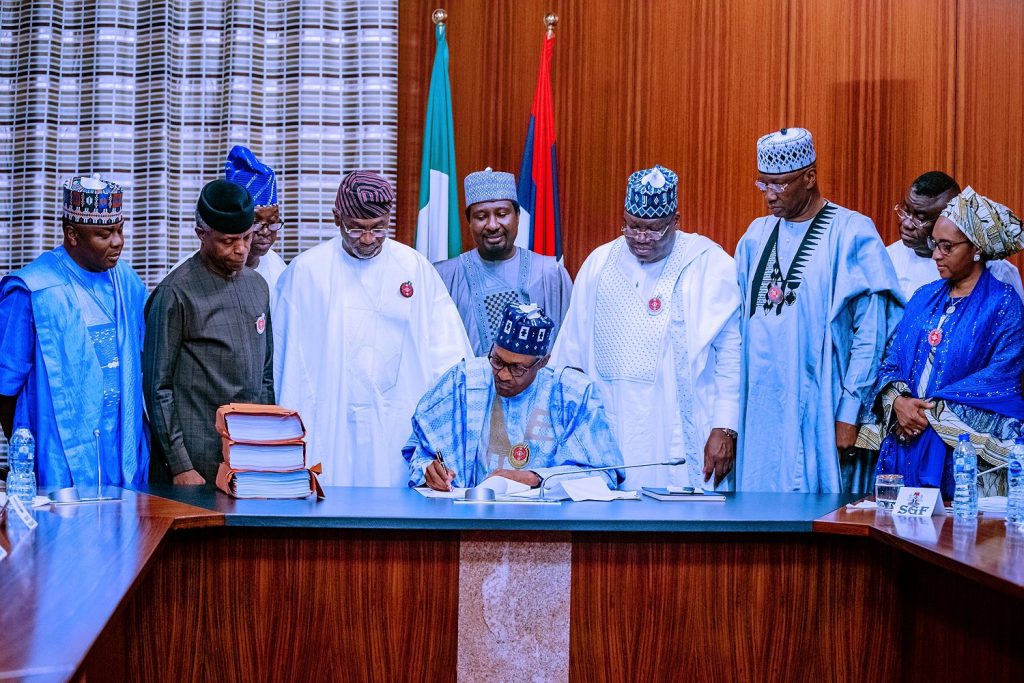