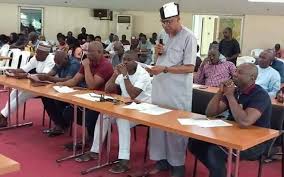 Human Rights Writers Association of Nigeria (HURIWA) warned that there would be consequences should the popular will of Benue people be thwarted using crude police tactics to hoodwink  Benue lawmakers to impeach the governor.
This is as the Southern and Northern Leaders Elders Forum in a statement noted: “This is a throwback to full-blown dictatorship and the dark days of putting human beings in crates.


We want to let President Buhari know in advance that he will be held responsible for any breakdown of law and order in Benue and any possible loss of lives.”
More political stalwarts may catch a cold if the 2019 elections continue to blow a gale of impeachments across the landscape.
While some are already sniffing hard, others have simply succumbed to the weather’s intrigues.
Yesterday, 19 of 27 lawmakers impeached Imo State Deputy Governor Eze Madumere over alleged misconduct, replacing him with Head of Service Callistus Ekenze. 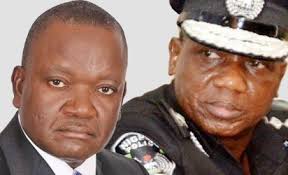 The action defied a July 30 ruling by Justice Ben Iheka of the state High Court, which restrained the legislators and the Chief Judge, Paschal Nnadi, from proceeding with the impeachment, pending hearing and determination of the matter.
Madumere had enjoined a good working relationship with Governor Rochas Okorocha. But things turned sour after he decided to succeed his principal.
Okorocha is backing his brother-in-law and Chief of Staff, Chuks Ololo, as next governor. 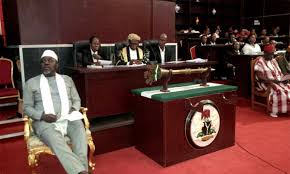 
“As leaders of the federal legislature, we are ready to work with our colleagues in both chambers of the National Assembly to prevent any attempt to destroy any state legislature or use it to derail democracy.”
Posted by Urban Express News at 09:37:00