The lingering crisis that is yet to abate coming  from federal government’s Propsed decision removing $1billion dollar from its excess crude account  (ECA) to purchase  Arms and other needed arsenals for our armed forces to battle those Dreaded boko-haram has taken another new-turn as Urban Express-News online; www.urbanexpresslive.com has decided to ask Nigerians of their opinions  after much heated debate as to whether it is equally important for federal government to remove $1bn dollar from its excess crude account  or not on  the basis of Niger-delta environmental clean-up coming from UNEP Report, which as result is being clamoured by both local and international observer about its challenges of striking balance between exploration and exploitation. 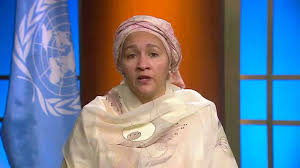 For instance, the report that opens up sliding of challenges bedevilling the region came from the United Nation Environmental Programme (UNEP) and published in 2011, after a comprehensive environmental Assessments of the region, part of its recommendation was to clean-up and follow-up on-spot assessment of subsequent planning and decisions. It also recommends preventive surveillance, monitoring of groundwater, Air quality monitoring Public health monitoring and monitoring of water bodies, fishes and aquatic sediments.

This was what led President Mohammadu Buhari’s Administration to commission its clean-up process in Ogoni land specifically. The President, who was represented by vice president Osinbajo, accepted that successive governments had come but did not do anything regarding how to implement the reports. He said the administration of Chief Olusegun Obasanjo engaged UNEP to undertake a mission towards the clean-up of Niger-Delta land while recommendation for its implantation was submitted to former president Jonathan in 2011 and that nothing was done”.

Many Observers also said that since the commissioning of the said report in june3, 2016 nothing spectacular has followed forth-with.  Following these developments, urban Express-News came up with #opinion on whether the federal government should remove $1bn dollar to implement the report of the united nation environmental programme (UNEP Report) on The Niger-Delta.

The groups, in separate interviews with Urban Express-News Online hinged their reason for requesting federal government to remove $1Bn from its excess crude account (ECA) in the facts that nature has done its part by freely depositing valuable treasures as life support system in the Niger-delta, what remains missing is that the Nigerian state is yet to  play her role to overcome, tame and ensure the harsh environment and the overall wellbeing of the people of Niger-Delta region in particular, and Nigeria as whole is given much priority since every of the nation’s economy is sourced from the said environment 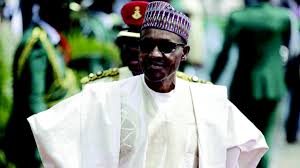 It will be  Recalled that  some weeks back, Rivers state governor, Barr Nyesome Wike had once pitched his tent with government’s decision of removing $1bn from Excess Crude Account for the purpose of purchasing arms for its armed forces for successful operation against the persistence Problems of Boko-Haram in the north-east but reminded the federal government that there is also a serious environmental security threat in the Niger- Delta that needs same attention the government is putting for the northeast operation. He said “that there is more threat on the entire ecosystem, apart from the physical security it poses, human lives are being challenged daily through the ruminants of particles excreted into its eco-lives, killing them and making the inhabitants not to have any potential economic values and consumptions.

“Their activities in terms of socioeconomic characteristics is from these developments and if they can’t find eco-lives again inside those waters to sustain them and for it to replenish it selves just because of chemical reaction from those that explore crude leading to damaging both eco-lives and those inhabitants that makes daily needs from it in terms of what they eat and sell for economic needs,” how do we think we are not breeding environmental security he asked? “The governor urged President Buhari to see more on the similarities between the importance of cleaning up the Niger-delta as same as that of purchasing of arms for northeast operation for Nigeria armed forces operations in the northeast”. 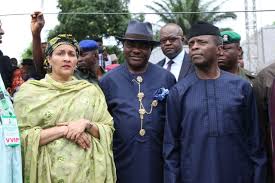 Urban Express-News Online Poll, which ran on www.urbanexpresslive.com for five days indicated that many Nigerians wants Federal Government to remove $1bn Dollars from its excess crude Accounts for Niger-delta Clean-up

Those who support the idea believes the importance of niger-delta to the nation’s growth cannot be overemphasized,a region that is endowed with enormous natural resources, where it has  the world’s third largest mangrove forest with most extensive fresh-water swamp forest and tropical rainforest characterized by great biological diversity is not fine for it to be left alone.

Urban Express-News Readers took a turn in sharing their opinions. A reader identified as Toku Biodun, A friend on urban express news online fan-page on Face-Book said the federal government should make history as the first that commissions and the first to implement every of the (UNEP) report as it is not only healthy for the inhabitants but for also healthy for the nation’s economy.

The Respondent believes youth restiveness is certainly what can be described as an artificial creation of these neglect. It said that the government should have taken lead in all before restiveness is allowed to the heights in all part of the region, making him agree with the Governor Wike’s accession of “what he describes as taming environmental security implications”

He said the exploration of the natural resources without due consideration of its environmental sustainability can further deteriorate both the inhabitants and its ecosystem
‘’The problem of flood and erosion have remained with the people of Niger Delta for many decades as result, stalling the prospects of any form of development in the region’’
Another Urban Express-News Reader, Chukuwma Nwadike believes the greatest single problem in the physical environment of the Niger Delta region is that posed by water. The very low elevation, decreasing to below sea-level in some part of coastal areas, bring about an annual ritual of flooding in which the river overruns their banks and the flood water spreads and deposit their sediment in the swamps.
“the implication simply tell us the economic frustration it will result too, loss of lives and property in submerged communities and farmlands, which is one of the major source of anguish and despair in the Niger-Delta’’
Also responding, Tpl.Yinka Raheem believes there is the total need of taking care of where you are making money from; President Buhari should make history by assenting to that approval and allow the clean-up to start in earnest. At least we once have a son of the soil that should have commenced with the process and lost such a golden opportunity.
Another Urban Express-News Addict chrism Ebikeme said the Niger-Delta problem relates to air pollution deforestation, population pressure urbanization and over-exploration. The challenges according to him are of air pollution, and is related to gas fleering and acid rain, as well as gracious emission from a variety of sources, adding that the water alone in the region is known to have heavy high iron contents.
Ebikeme believes governments withdrawal of such an amount to cater for all said is not too much given that 97% of what it generates comes from there.
Also responding, an Urban Express-News Reader identified as Danagogo Wrote” "what is our leaders doing with the 13% oil derivation fund? “I know for a fact that Niger-Delta problem starts with his leader. "It is whatever you call your son others will help you call him", we should endeavour to make good use of what is accrued to the Niger delta sufficiently and before you know, the centre will certainly see reason for coming to help without further delay”
He drew an analogy from the word charity begins at home and that there is no way with the little resources it gets put together from the federation account, the region would have feared will.
Another respondent, identified as "ijeoma" simply puts, the draconian law on oil, gas and land use should either be abrogated out rightly or amended” there is no way the local content law would ever see the light of the day just because of what we stand for all over the world “corruption”
Many believe the importance of cleaning up Niger-delta should not be blend with political colouration, it is only commonsensical that where we eat our daily bread from we should understand that it must have to be clean for us to sustain such an avenue!


One of them, identified as Demeji Ojo attributed all said to Nigeria leaders,  arguing that for every country that has moved forward since from the past, there is the imputes of its leaders. He said Malaysia was in the same category with Nigeria if not for Le Quan Yu and today, we all see how the country had been transformed. He urged president Buhari to match his words with action saying after the commissioning of the clean-up he’s yet to hear any development coming in that direction’’.
Posted by Urban Express News at 03:01:00