You Can't Auction The Letter Tupac Wrote Me, Madonna Fires!

Lol, correct! Madonna isn't gonna sit back and watch her jailhouse letter from Tupac get sold in an auction because she says it was jacked from her home.She filed an emergency court order Tuesday in NYC to block the website gottahaverockandroll.com from hawking the letter and a ton of other personal memorabilia - including personally worn panties.In docs, obtained by TMZ, Madonna says she was blindsided by the auction, and says she never knew some of these items were no longer in her possession. Madonna believes a former friend and art consultant, Darlene Lutz, betrayed her by taking the loot.Tupac wrote an extremely revealing letter from prison explaining why he had to end his relationship with Madonna - because she was white and continuing the relationship would hurt his image. And now they want to auction the letter, but Madonna is asking- IS IT YOUR LOVE LETTER? Lol. 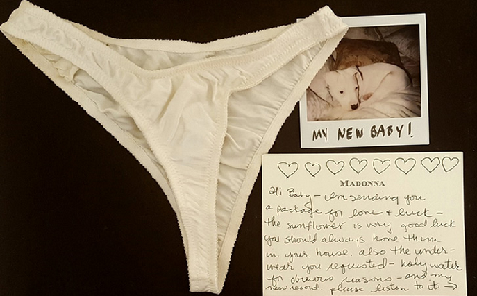