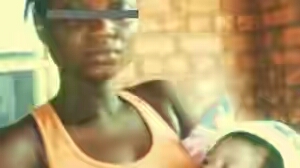 According the spokesman of the police in Enugu State, SP Ebere Amaraizu, Ezinne blamed her bosom friend for tricking her into selling off her baby. Amaraizu disclosed in the statement that the girl had the baby out of wedlock and decided to keep it but was reportedly tricked to sell off the baby by her friend, one Promise Godwin, a 20-year old single mother.

He said that the suspect narrated that when things were no longer going smoothly for her at home, her bosom friend identified as one Promise Godwin, also from Isu Mbaneze Ohazara Local Government Area of Ebonyi State approached her to come to Enugu with the child with a promise that somebody was going to take care of Ezinne and little Chisom Raphael.

“According to Ezinne, she later joined the friend in Enugu where she secured an accommodation at Coal Camp axis but later found out that the friend has abandoned her husband and was into commercial sex work at Four corners junction, Enugu to make ends meet.

“Sometime in the month of March 2016, Promise Godwin perfected the purchase deal of little Chisom at the rate of N300, 000 with 46-year-old Gloria Okafor from Uturu but married to now late Sunday Okafor of Umudi Lokpanta in Abia State whose major occupation is to get and sell babies to prospective buyers within Uturu, lokpanta and its environs,” the police spokesman said.

Amaraizu said that police gathered that following the establishment of the sales understanding between Ezinne and Promise with Gloria Okafor, little Chisom Raphael was taken to Limca bus stop at Okigwe, Imo State, along Enugu Port-Harcourt Expressway, Okigwe where Chisom was sold to Gloria Okafor at the rate of N300, 000 and money given to the mother of Chisom in cash.

“On coming back to Enugu, the suspects shared the money as follows:N200, 000 to Ezinne, the mother of the sold child, N50, 000 to Promise, while the remaining N50, 000 went to the motorcyclist working with Godwin Promise at the Four Corner Brothel where she is staying”, he added.

According to Amaraizu, Gloria Okafor, having been nabbed, revealed how she bought the child from the duo of Ezinne and Promise but maintained that the child was later handed over to the buyer that same day and that the buyer was now at large and further revealed that Godwin Promise, who is already 8-month pregnant and also with a child of one year and a month, has also perfected arrangement to sell off the baby whom she named Chiadikaobi to a prospective buyer before they were nabbed by the operatives of the Central Police station of the Nigeria Police, Enugu State command.

“Suspects are now helping police in their investigations and begging for forgiveness but however blamed the situation to act of satan.
Posted by Urban Express News at 10:29:00