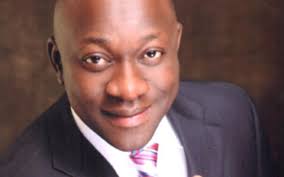 Former chairman of the House of Representative Committee on Appropriation, Honorable Jibrin on Friday insisted that the Economic and Financial Crimes Commission (EFCC) and Independent Corrupt Practices and Other Related Offences Commission (ICPC) must probe the allegation of budget padding he leveled against the Speaker, Honorable Yakubu Dogara and three other principal officers.
He said that, “This is a defining moment for the House of Representatives. It will never be business as usual”.
To this end, he urged members “to join hands and do the honorable thing by asking Speaker Yakubu Dogara and the three other principal officers to reconvene the House and step down with immediate effect to face prosecution.

Accordingly he said, “They have all lost the moral grounds to call themselves presiding and principal officers of the House. The more they cling on to power, the further the image of the House will be battered.”

The statement reads in part: “I wish to inform you that I have officially approached the EFFC and the ICPC to come in and decisively deal with this matter and other corruption cases in the House. Kindly note that the allegations must be externally investigated.

He also questioned the rationale behind his former deputy, Honorable Chris Azibogu and few others’ decosopm to address a press conference where they claimed there was no budget padding.

He wondered why “only 9 out of the 40 appropriation committee members agreed to participate in such a dishonorable press conference after  shamelessly collecting $20,000 each distributed to them yesterday at the Speaker’s residence by his Deputy Chief of staff, Hon CID Maduabum.